The American casino wheel consists of 38 squares. What sets it apart the most from European Roulette is the extra green square, the double zero (00).

After reading this article, you’ll know why European Roulette is the better casino wheel to choose.

Roulette is a popular 36-number money game. One of the attractive features of these wheels is their different versions. The American and European wheels are the most famous. There are others as well, but you won’t find them everywhere. In general, casinos only offer American and European Roulette.

Looking at the wheels and table layout of the two versions, you’ll spot a glaring difference.

American Roulette is a 38-space wheel. The spaces feature scattered numbers in black and red, from 1 to 36, with two green boxes, one with a Zero and the other with a double Zero.

In European Roulette, there are 37 squares; the wheel has 36 scattered numbers, like the American wheel, but only one Zero.

Another difference, but one which doesn’t affect the odds of winning, is that the number order differs.

In short, the European Roulette wheel has one Zero, and American Roulette has two Zeros. 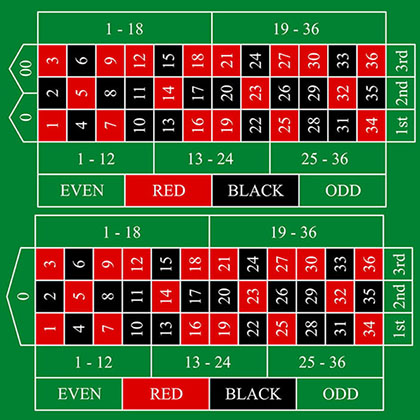 Betting on one casino Roulette wheel or the other may seem unimportant to the average gamer. But, if you want to reduce the casino’s margin, there is a clear difference between the two. Indeed, the European wheel pays better. However, that in no way means you’ll win every time betting on European Roulette. A casino exists to make money; whatever game you choose, the house will always have an advantage.

The luck factor on wheels

The house creates its advantage through the rules of Roulette, which, of course, favor the casino. However, luck plays a role in every spin of the wheel.

Simply put, the chance of winning by betting on a single number on American Roulette is lower than on European Roulette. On the American wheel, the odds of winning are 1 in 38. With the European wheel, the odds are 1 in 37. With other casino games, the payouts are higher when the odds are lower on different versions in the same category. This is the case with jackpot pokies, but not with Roulette. So, there’s no point picking American Roulette when you can bet on a 36 number wheel.

There’s no difference in the winnings between American and European Roulette. So why do some players play American Roulette when the European version offers higher chances of winning? In fact, the answer is simple; many players think the title “American” is sexier than “European”, so they assume it pays bigger.

If you bet on a single number in Roulette, you’re better off choosing the European wheel. The principle is the same on all bets in the game. Whether it’s on a number, flush, dozen, etc., European Roulette pays out more often than American. If the American wheel paid more money than the European wheel on identical bets, there would be a fair balance. As it’s not the case, American Roulette is frankly not great.

Without the Zeros, the casino’s margin would be nothing. So, casinos looking to make a profit introduced Zero boxes to their 36-number wheels. This way, the gambling house manages to meet its operating costs and pay its employee’s salaries.

Considering Roulette gambling halls generate profits thanks to the Zeros, it’s no surprise they promote American Roulette more. As a player, try to avoid this wheel. European Roulette with its one Zero, offers better winning options. However, this game can have different names. In England, for example, one-Zero Roulette is called English Roulette, and in Germany, some casinos refer to it as the German wheel. In NZ online casinos, they’ll title it as Single Zero Roulette.

RTP payout rate on the wheels

The house’s margin with American Roulette is 5.26%. This margin is the theoretical percentage retained on all players’ bets over the long term. You calculate the margin rate using the odds of winning and the odds of losing over an infinite number of moves. With European Roulette, the casino’s margin drops to 2.7%. The term RTP (Return To Player) dictates the payout ratio of a casino game and is the difference between 100% and the game margin. If the rate were 100%, neither the gambling house nor the players would benefit, making it an equal balance.

As we said, European Roulette pays out more often than the American version. Generally, casinos offer both versions of the game. We advise you to play the European version. However, if the casino you’re in only has American Roulette wheels, you might not have any option.

In New Zealand, the big land casinos have two Zero Roulette. On the other hand, if you like to gamble on the Internet, all online casinos have both versions of the wheel.

Some casino sites, like Gaming Club, for example, have live French Roulette in their catalog. This version of the game reimburses half of the losing bets when the ball lands on the zero space of the wheel. Unfortunately, however, the French version isn’t that popular. Indeed, the game annoys players as the session takes place slowly. Plus, the minimum bets are higher than on other Roulettes.

In summary, European Roulette definitely offers the best playing options. With 37 spaces for the ball to land on a number, compared to 38 in American Wheel, the chances of hitting your number are higher. Aside from bets on numbered spaces, there are other possible bets, such as color, odds/evens, or number series, but European Roulette always pays better than American. 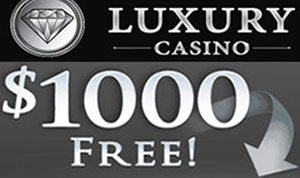